The latest apps you should be aware of

These days it’s difficult to keep track of the newest apps entertaining our kids so we’ve made things easier by researching the latest to circulate the schoolyard for you.

Take a read of the 5 most popular that you should be aware of below.

Secret Calculator
What appears to be a regular phone calculator is in fact a secret vault within the phone. Users can unlock a secret part of the app by entering a sequence of numbers that act as a password. The app lets kids hide photos, videos, notes, virtually anything on their phone, as well as giving them access to a private web browser that doesn’t record their online history.

If your children don’t want you to find something on their phone, this is the place they can hide it.

Yellow
Yellow has developed a reputation as the “Tinder for teens”. Similar to the dating app, Yellow allows users to swipe left and right on profiles, giving them a platform to chat with matches.The lack of age verification has lead to many predators grooming underage children unbeknown to their parents.

It also let’s users connect with each other over Snapchat, exacerbating the popularity amongst teens for sexting messages and images they think will disappear, when in reality they are being screenshotted and shared.

Musical.ly
As a seemingly harmless app, Musical.ly lets users create and share short videos where the vast majority are lip syncing to popular songs. Despite the innocent fun that can be had, the app exposes children to oversexualised content and inappapropriate language.

Since its rise to popularity, it has become an additional channel for bullying, sharing personal information and puts children at risk of being targeted by predators.

For more on Musical.ly, read our dedicated blog where we look at the app in detail.

Meetme
Meetme is a social networking app that allows users to communicate with anyone in the world. Unlike Facebook which intends on connecting friends with friends, Meetme is designed to help users meet complete strangers. While it’s important to make new friends, there is a safe way to go about it and this isn’t it.

Meetme opens up the door to bullying, unauthorised in-app purchases and gives predators a high-tech gateway to exploit children.

Twitch
Popular with young males, Twitch allows video gamers to broadcast themselves in action using live streaming. The app promotes a pack mentality with anyone who deviates or has an individual opinion being ridiculed heavily, often leading to bullying and negative reinforcement.

Is there an app you’ve seen or heard about you’d like us to cover? Let us know so we can add them to our roundup! 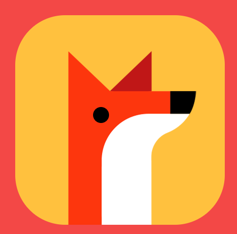