The amazing gifts gaming can give our children 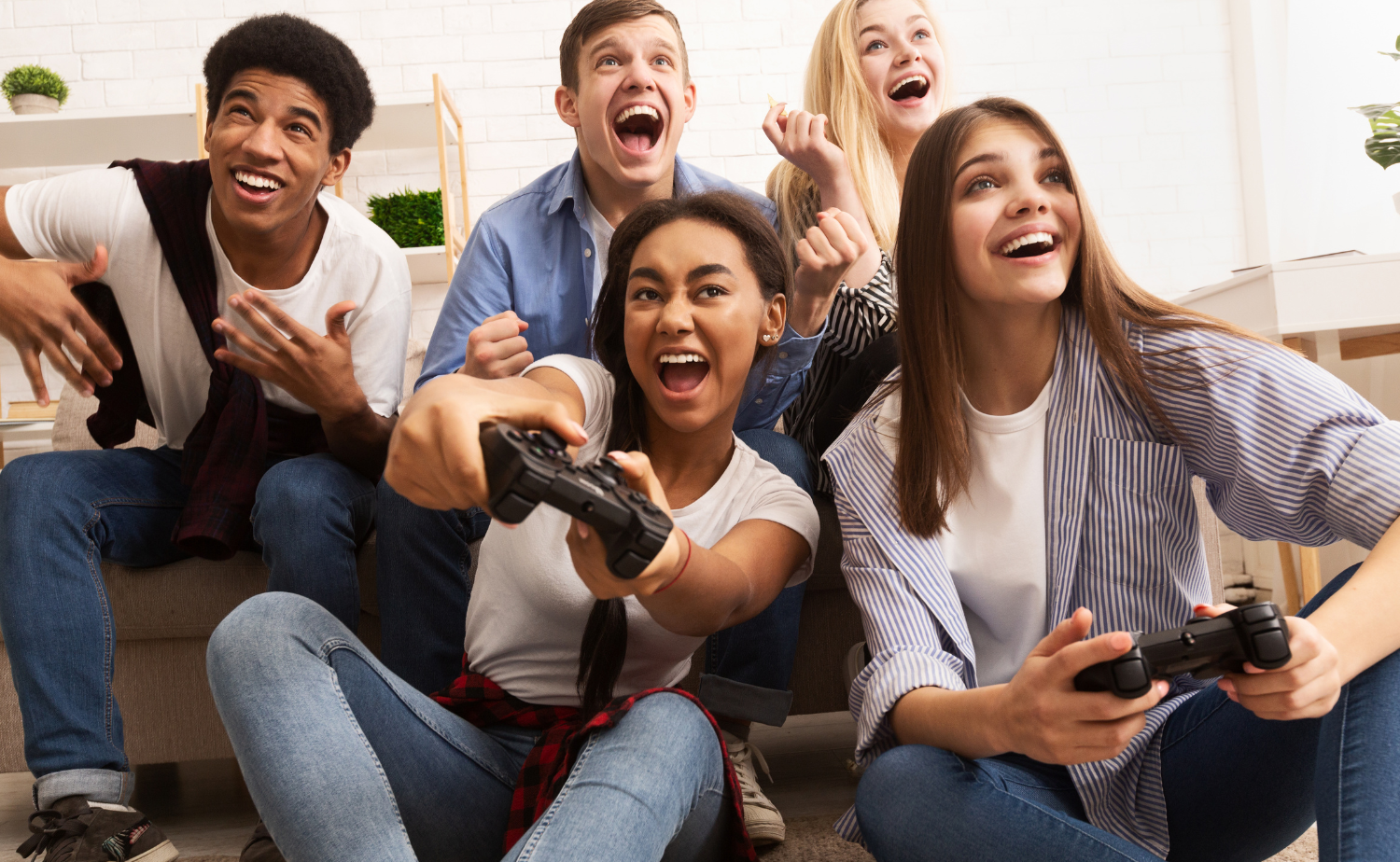 Gaming has been part of history for decades with the first video game Spacewar! developed in 1962 and the first commercial video game Computer Space released in 1971. Now some 70 years later games are used in schools to teach, in hospital, aged and psychological care facilities as part of mental health care and as intended for, fun and entertainment. Gaming is not only wildly popular with today’s youth but presents many positive benefits and can teach them critical skills to set them up for life.

Video games are a fun, engaging and provide a stimulating sensory experience. They often require the player to process rapid sensory information, make decisions quickly and efficiently and respond to multiple & varied stimuli.

In a recent report from the Neuroimage journal, Jordan and Dhamala stated that ‘Video game players (VGP) are more accurate and faster in decision-making than non-VGP’. A pretty bold statement but a well-researched one. The study also revealed that playing video games can increase spatial awareness, help achieve a higher attention span, increase working memory, and also improves the ability to efficiently switch between tasks.

For these reasons gaming can also be very effective in training the brain to improve function and decision making, especially a developing adolescent brain.

The relationship between gaming and connection is one recognised far and wide. Games connect people from all over the world, from all walks of life and create strong and meaningful relationships between individuals who may never have met each other in person.

Interestingly, Xbox created an experimental documentary series called Beyond. In 2020, they launched their first film called Xbox: Beyond Generations which was created to highlight how games can help make meaningful connections and bridge the gap between generations in families. The film explores a grandfather and his teenager grandson reconnecting through gaming. In March this year Xbox released their next film in the series called Beyond Xbox: A Player Like Me which explores the role of therapeutic play in hospitals and through gaming connects 14 year old Jordan from Michigan with 23 year old Megan from Inverness, Scotland,  who both have a rare genetic condition.

Closer to home, The Power of Games Digital Australia 2020 study conducted by the Interactive Games & Entertainment Association, looks at the Power of Connection in gaming. The study revealed that 59% of parents play video games with their children and the top three reasons they engage in gaming is for family fun, a way to spend time together with a common interest and simply when their child asks.

Connection and socialisation make up a large part of emotional wellbeing. Gaming can effectively fill both of these cups. A remarkable 74% of the Power of Games 2020 study participants said video games have improved their emotional wellbeing by decreasing loneliness, depression, and anxiety, alleviating stress, building self-esteem, and creating a sense of belonging to a community of like minded people.

In moderation gaming can be an affective self-regulating tool to help children and teenagers switch off, escape, and have fun. Gaming is also an outlet for self-expression and because it is achievement based (e.g., winning the race, finding the treasure, slaying the dragon, or fighting the enemy) it can be very rewarding and create a sense of achievement.

In Australia, technology and gaming are used in classrooms as part of the curriculum every day. Around 50% of parents say their children use video games for learning (DA20). This is called gamification which is used to increase student engagement by using video game design and elements.

However, here we are looking at the unintentional learning that can result from recreational gaming. Gaming is the perfect environment to learn new life skills such as team building, leadership, resilience in the face of challenges, creative thinking, problem solving and flexibility. It can even be as simple as taking turns, considering other people’s feelings, speaking respectfully, helping those who are struggling or making new friends. The type of game can also create learning opportunities in all sorts of areas including but not limited to history, STEM, geography, and biology. It reminds me of the story of the father who paid their child $1 per book read throughout their childhood and deemed it the ‘greatest investment he ever made’.

Gaming doesn’t have to be the villain in your household and if your child or teen can maintain their everyday real life and enjoy gaming where is the harm? With the right mix of parental involvement, some moderation on the types of games appropriate for their age and as long as it’s not affecting their sleep, schooling, friendships, family life and they are managing to get outside and enjoy the sunshine, it will remain a fun hobby. In fact, you might find it may be the very thing that keeps you connected to your kids and that is definitely a gift!